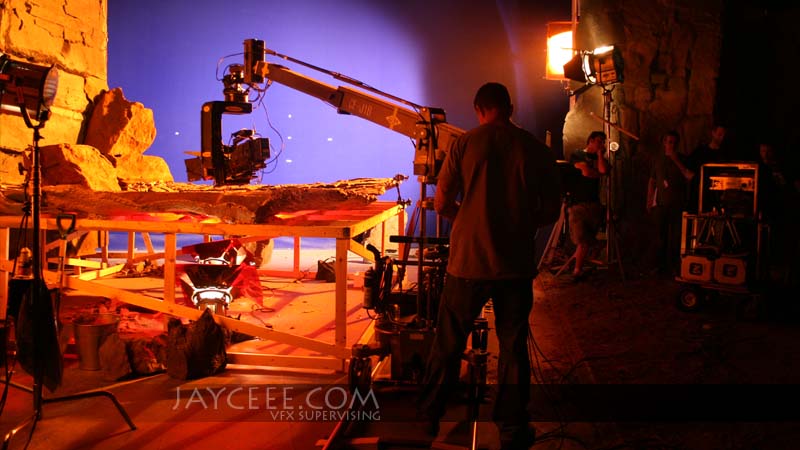 “The Pirates! In an adventure with scientists! ” (06-12/2011)Stereoscopic feature film , Sequence TD 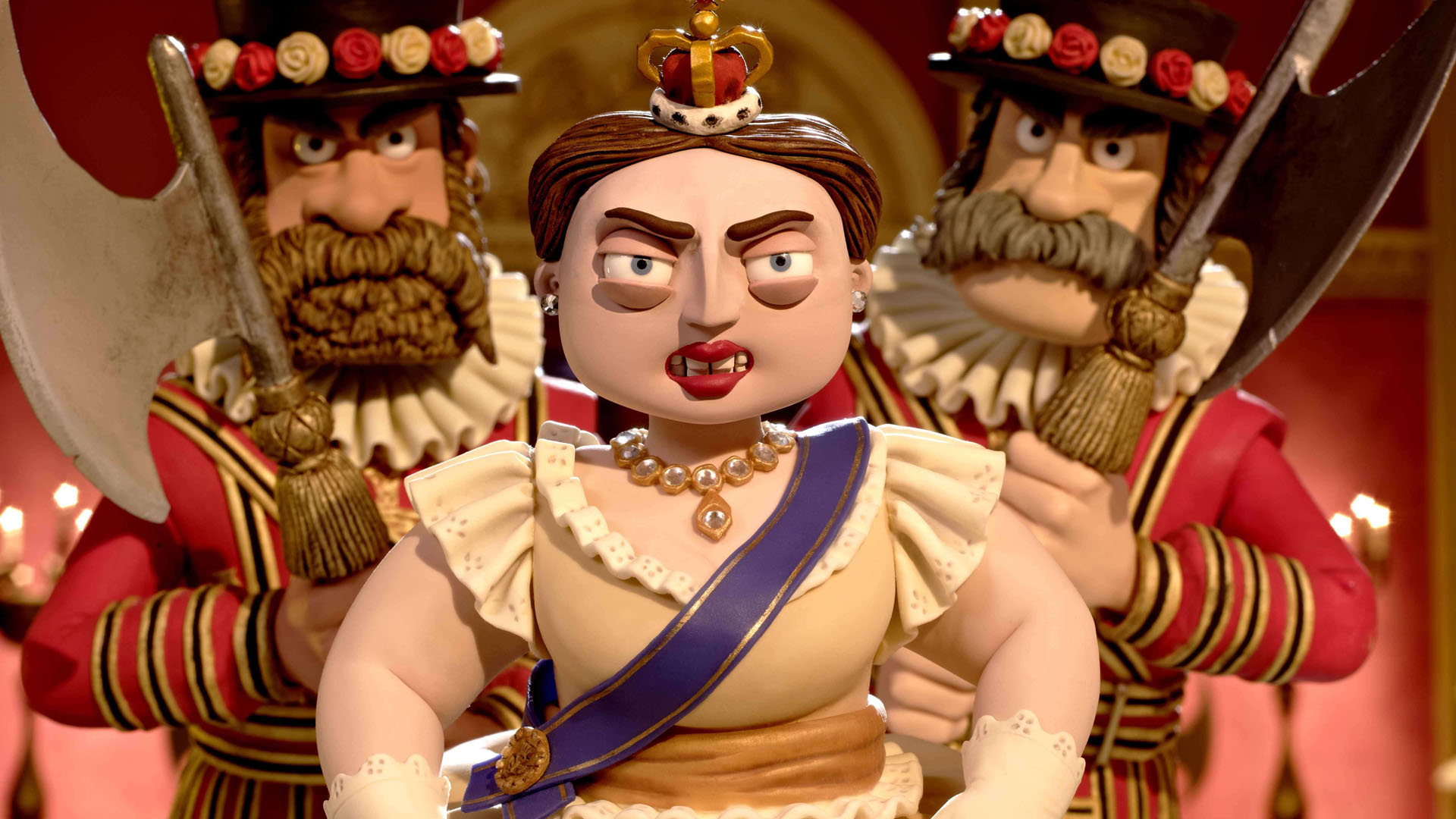 -Previs of showdown sequence at end of the movie

-modelling, texturing and shading in Mudbox and Renderman

Article in DV user about my involvement in the Oscar nominated “Pirates! In an adventure with scientist”

“Some people think you can improve children’s minds by playing them Mozart. I think you could treble the IQ of any child, or indeed adult, by putting them in front of an Aardman product like this. “

In January 2011,Ben Lock, VFX producer on Aardman’s “Pirates! In an adventure with scientists” asked me to come down for an interview to Aardman Animation’s Feature Film studios in Aztec West in Bristol. The tour of “Aztec West” I was given, simply made my jaw drop: Miniature pirate cities filling whole soundstages, a miniature Pirate ship the size of a normal boat and a miniature size stop motion puppet of Queen Victoria…. in her underpants!

This was the best state of the art stop motion studio in the world! All set up to shoot stereoscopic, including Motion Control rigs, work shops for the sets and characters next to the sets. All high end, in a nice atmosphere, with a little lake nearby to relax, graffiti inside the studio and great canteen.

But it didn’t stop there: the DIGITAL SIDE of production was also next to the sets.

Previs, editing, sound, 3d, mattepainting and compositing- this was light years away from your normal postproduction set up where you rarely feel part of the team that shot the movie.

Ben kindly agreed to have me on board as a Senior sequence TD.

What a loose term that is! For the next six months I was on roller coaster ride through the Pirates digital part of the production:

All of the film had been story boarded, so one of my tasks was to help translating the “animatic” based on the scanned drawings, with some sound effects into a 3d animatic with basic animations of the characters, sets and the camera. This is a process called Previsualisation (Previs). I mainly helped designing the showdown sequence, with the Pirate Captain chasing after Queen Vic (in her underpants) who manages to fly off on her airship. It involved character and particle animation plus a good knowledge of film language. Because all the digital versions characters, sets and cameras inside the 3d package Maya are to the real scale, it helped enormously designing the set up for the stopmotion sets for the real life shoot. I was also helping with a process called “Post Vis” wherby you take the plates shot on the day and roughly match in CG elements to allow the directors to see how they work together in Nuke.

On Pirates most of the foreground sets were models and puppets, beyond the real sets they were extended with CG sets and characters. Adding whole landscapes, the sea, cities and shots with hundreds of (CG) characters allowed for the creation of images never really done on a stereoscopic stop motion project.

The combination of live action and CG for a stereoscopic project though is rather tough work : First, 2 pictures are taken of the set, one for each eye. But you have to do a lot more to make it work: I spend quite some time shooting hundreds of pictures of the set that were than fed into a propriety software that would in return create a scan of the set, a particle based cloud scene in Maya. This scene plus various other data taken on the set, would allow to match the virtual camera perfectly to the real camera. The cloud point also helps positioning 3d objects into the right space.

Next for me was the texturing and shader setup of some digital doubles including the pirate “Gout”, with his little Blue Peter Badge on his hat and some more. These models were only used in shots were the character was quite small in frame, otherwise the stop motion puppet was used.

The rest of the time was filled with tracking shots, animating CG objects like leaves, carpet clippers, fluid chimney smoke, modeling some trees , animating seas and a surprise concert of “The Ukulele orchestra of great Britain”! (They were playing their version of Isaac Hayes’ “Shaft” on their ukuleles in our lunch break. Peter Lord had organised this for us.) Also, I shall not forget the great “Family day” when we were allowed to show our loved one the sets of the movie.

I am going to close the article with an entry on Facebook by my good friend Jesus Diez (who was a Nuke compositor on Pirates), wrote enthusiastically in his very own “Spanish style”, one day after the premiere in Bristol that we all attended.

I think it conveys more than anything else the atmosphere I would like to have on EVERY movie I work on (trust me, quite a few production companies, don’t invite you to the premiere, deny you your credits on the movie and sometimes you don’t even get paid).

“It was an amazing event. Everyone was dressed smart or as a pirate (some as a smart pirate). It was great to greet some friends in the queue, all of them looked gorgeous. We had to queue and then leave our phones/cameras at the entrance, so graphic documents were going to be tricky. At the entrance, Peter Lord was greeting the visitors and I had a picture taken with him, actually two. Then, after seeing some suspicious trays with drinks, we found out that they were giving wine and beer for free. They said “one per person” so I went once, took my wine, then took my glasses off (so that they wouldn’t recognize me) and got another glass (easy!). Some girls dressed as pirates (very good looking) were giving shots of rum (no need to use tricks here). Ten minutes before the show we went up to the screening room with our 3D glasses. More friends here and there, it was really nice. Then the lights went off and there he was, Peter Lord walking to the mike, dressed as the Pirate Captain with Polly the Dodo under his arm. He gave one of his glorious speeches (I realized than I missed them a little). After saying that Spielberg would never give a speech dressed like this, thanking everyone for the hard work and having some problems with the echo in the mike, he introduced… Hugh Grant! That was great! People say he is a grumpy character but he seemed really funny to me. He said things like: “At last I can do some action acting, something I was never able to do” and wished to be animated for the rest of his movies. Also, he made fun of Peter Lord saying things like “I don’t really like him” or “his nose is too small for his face”.

Then the movie started. Glorious, you have to go and see it, you get out with a smile on your face. And at the end, the credits! With our names on them, a really special moment. After this, some more wine, rum, beers, more friends and off to London to work the next day.

A night to be remembered…”